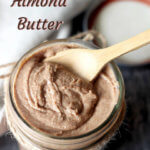 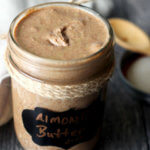 Warning! This cinnamon almond butter is flavorfully addictive. Hopefully, you will find it difficult to resist bite after bite just like my family. The crunchy almonds are blended into a creamy, yet still rich texture with hints of cinnamon, coconut oil, and a touch of salt. It is so darn delicious!

Peanut butter is one of my most favorite foods ever and I am willing to bet the many of you out there are also in the same boat with me. 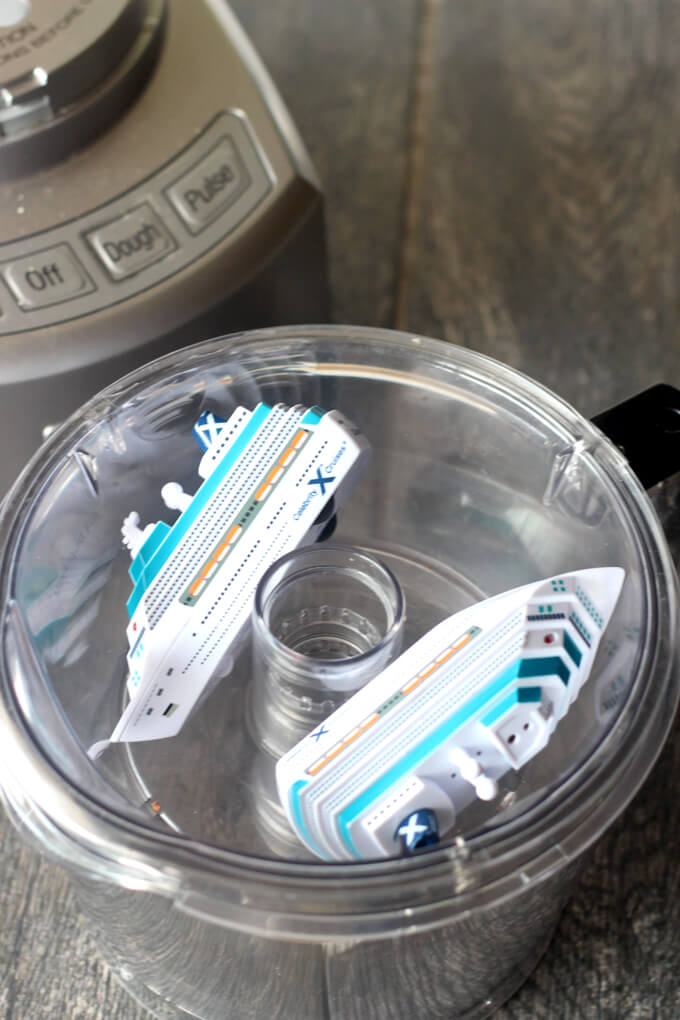 Speaking of boats I tend to find the oddest things in the oddest places in my house. I pulled out my food processor to make this batch of almond butter and I found two toy boats inside. Gotta love my boys who obviously thought it was the perfect resting place for their toys. They will sit and play with the food processor for hours if I let them.

Bite after bite until it was gone…Then I tried not to think about how many almonds I must have consumed in that one jar. Thousands? Millions? Yikes! Don’t think about it.

Do you love nut butters as well? Is almond butter one of your healthyish vices? Yes? Great! Then you MUST try making it yourself. You only need a few items and you are on your way to creating your own almond butter. 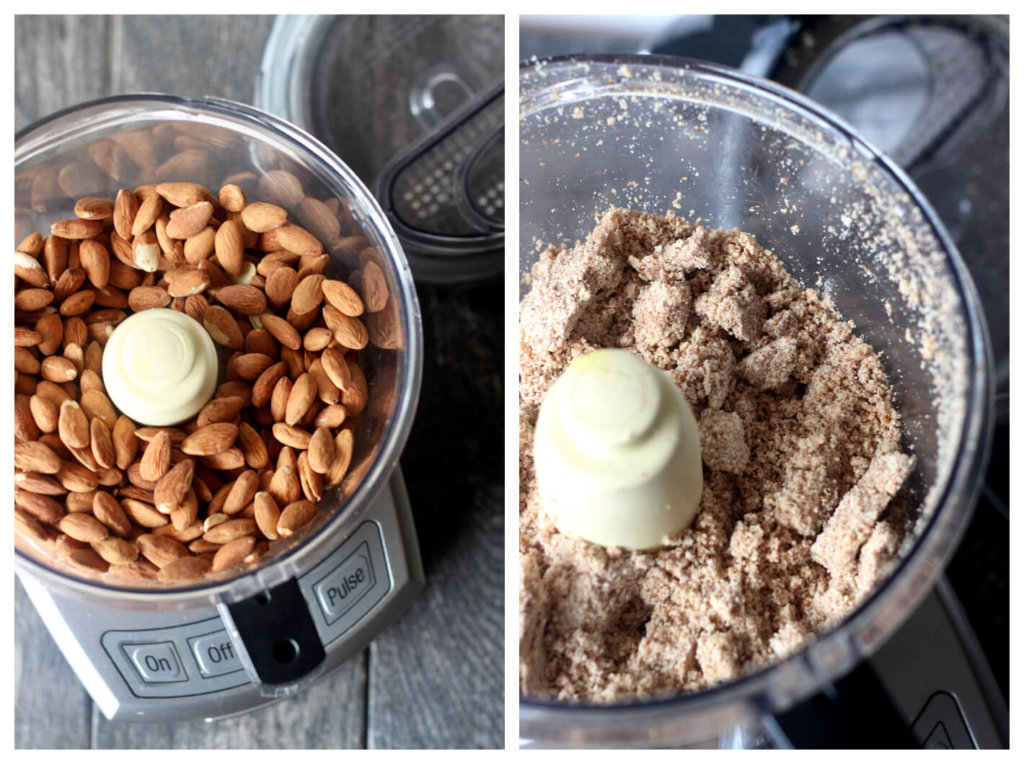 Picture on right shows almonds after about 8 minutes in food processor.

And that is it!

Oh, and you also need patience. You will get to a point while blending the almonds when you will seriously question whether they will ever transform from whole almond to creamy deliciousness. I promise they will. The process tends to take about 10-15 minutes depending on strength of equipment. 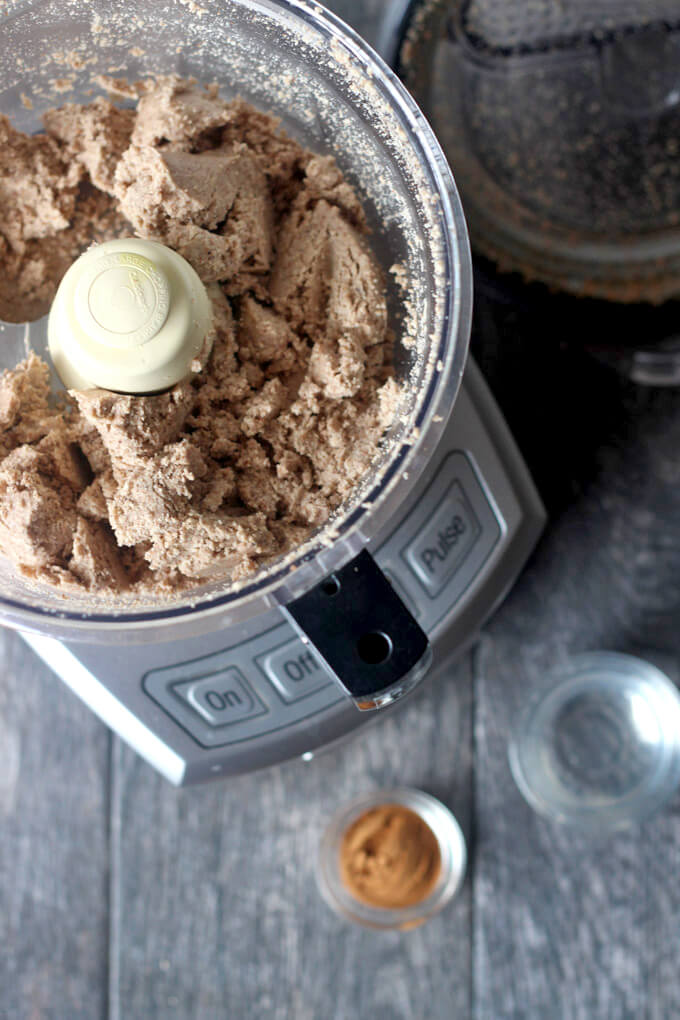 When almonds start to look like this, add melted coconut oil and cinnamon

Once the almonds have been blended into what resembles moist sand (boats…sand…can you tell I have the beach on my mind?), you can add the coconut oil and cinnamon. This will quickly help transform the texture into that creamy texture we are awaiting for. I suggest adding your salt slowly and taste, several times if necessary, until it reaches the saltiness level that you desire. I love salt so I am pretty liberal with it. Plus, the salt really amps up the flavor of the almonds and cinnamon.

Now, for some more specific details about the ingredients. Roasted or raw almonds? Unrefined or refined coconut oil? Cinnamon or no cinnamon? The answers really are up to you and your preferences. Why don’t I share with you what I did and why and, hopefully, that will help you make your own selections. 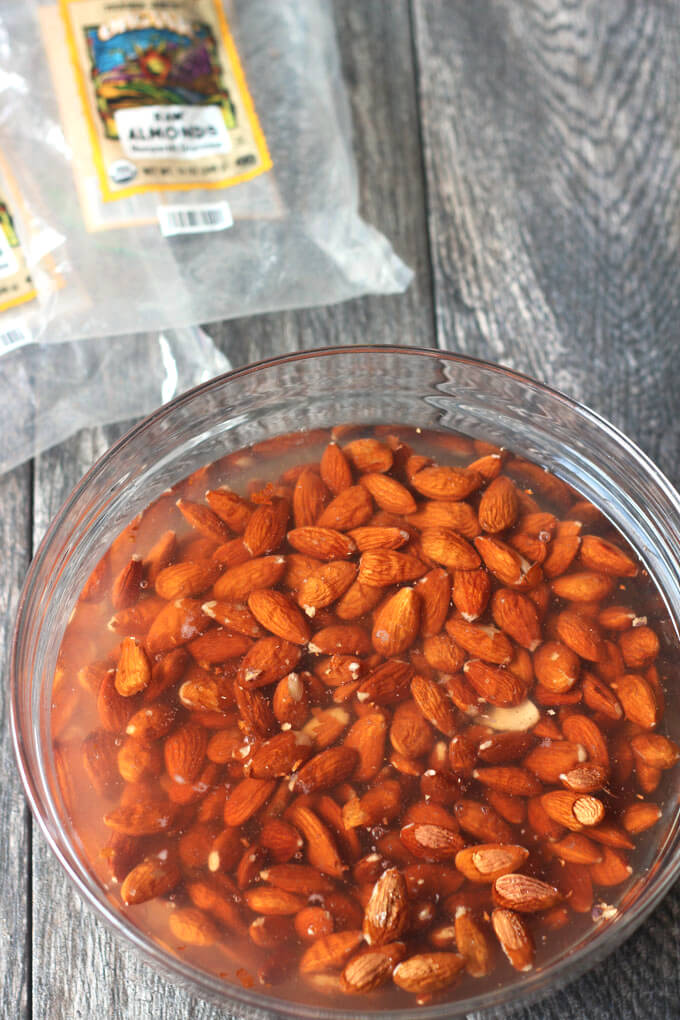 Since I like to make everything a bit more complicated, I start with raw almonds. I soak the almonds for about 7-8 hours and then dehydrate them until they are crunchy, which usually takes 18 or so hours. Is this absolutely necessary? No! I do it because the soaking/dehydrating process helps make the almonds more digestible AND they taste freaking awesome. You can do this OR you can stick with regular, dry roasted almonds. Your choice. 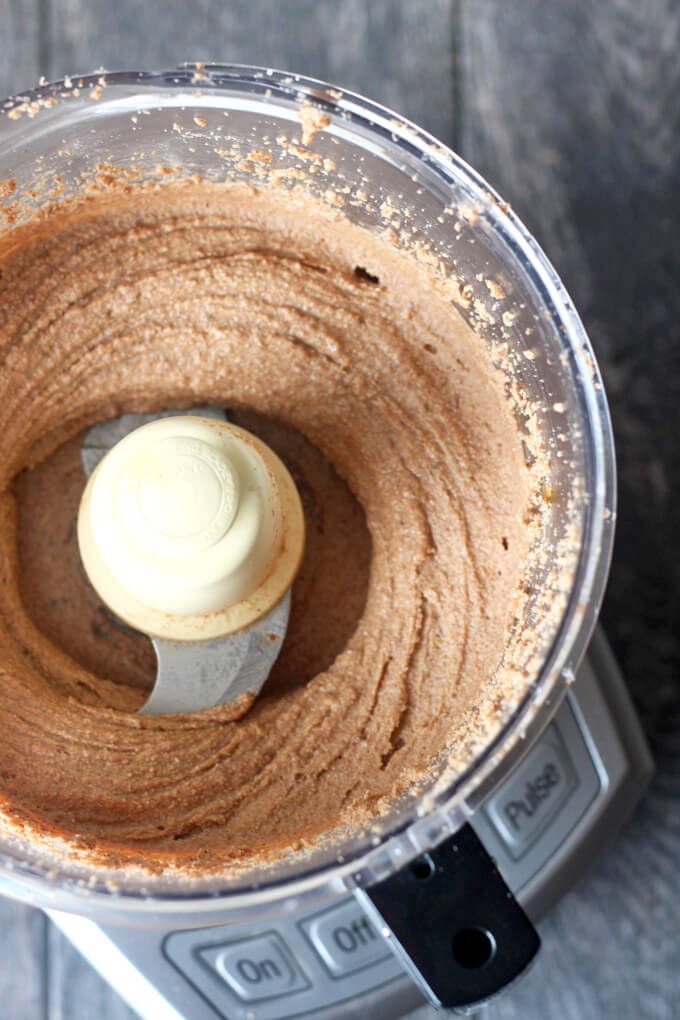 Go ahead, take try a bite!

In our house we love it on English muffins and toast or smeared on a banana. My sweet four year old hopes that one day he will not be allergic, as for now he soothes his sorrows with peanut butter.

Regardless of how you make this cinnamon almond butter your own, I hope you and your family find it as irresistible as I do. Sometimes I sneak a bite straight from the jar while no one is looking, but that is our secret. Shhh! 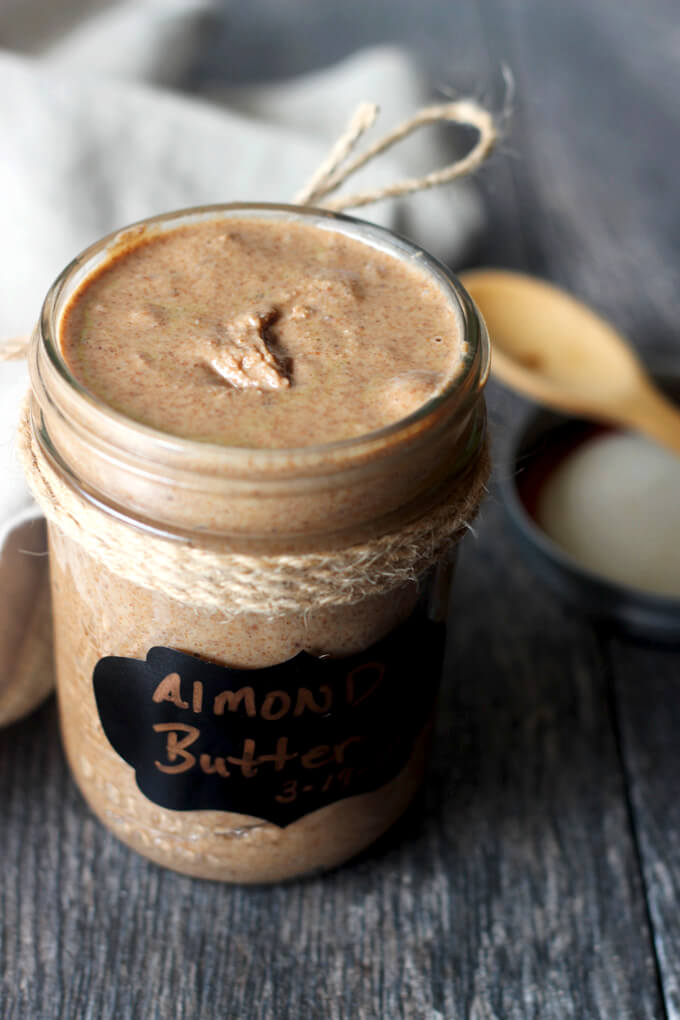 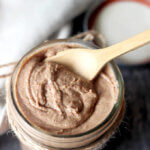 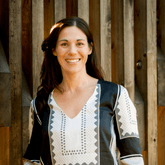